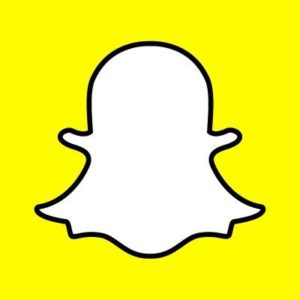 Snapchat is extremely popular application for text and video chats, images sharing, and multimedia with millions of users worldwide. However this fantastic tool is blocked in China as many others similar applications like Viber, Skype, Line, etc.

SnapChat in China: how to use?

Is there any way to unblock Snapchat in China and stay safe and secure?

The short answer is Yes!

There is simple and reliable solution to unblock sites in China and it works great for SnapChat as well.

And this is a VPN – virtual private network. VPN is a secured tunnel that lets to mask your IP address and also encrypt all your traffic. Using vpn you and bypass China’s Internet censorship and avoid all the filters.

VPN can be used on smart phones and tablets operated by iOS and Android.

VPN is very powerful technology for online security and privacy that makes you free in the global network.

How to use SnapChat on iOS in China

Below you can see simple instructions how to use SnapChat in China.

When you are connected to VPN you can enjoy SnapChat without any restrictions.

How to use SnapChat on Android in China

To use SnapChat on your Android device you need to make a vpn connection between you and vpn server. You do not need any additional software or applications. All you need is make a few simple steps:

Using a VPN for Snapchat  you can talk to your friends and family via Snapchat without any limits wherever you are. 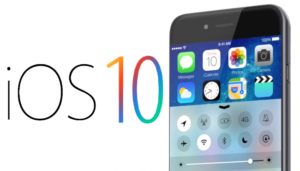 The latest version of the iPhone/iPad/Mac operating system, released in new iPhone 7, does not have a support of PPTP VPN point-to-point tunneling protocol connections. If you are using this type of vpn connection you need to take care about this now.

These changes make a lot problem for many iOS users and most of them ask:

Well, PPTP vpn is not available now but we still can use Open vpn and L2TP/IP Sec vpn tunnels in these operating systems.

This kind of vpn connection is very secure and reliable.

Below you can find simple step by step guides how to use VPN in iOS 10.

To create a new vpn tunnel in your MAC OS device you need to do the next:

About one thousand of websites were recently banned in India. New warning message is now appeared from Internet service providers about the restrictions.

“This URL has been blocked under instructions of a competent Government Authority or in compliance with the orders of a Court of competent jurisdiction. Infringing or abetting infringement of copyright-protected content including under this URL is an offence in law. Ss. 63, 63-A, 65 and 65-A of the Copyright Act, 1957, read with Section 51, prescribe penalties of a prison term of upto 3 years and a fine of upto Rs.3 lakhs. Any person aggrieved by the blocking of this URL may contact the Nodal Officer at xyz@[isp-domain] for details of the blocking order including the case number, court or authority to be approached for grievance redressals. Emails will be answered within two working days. Only enquiries regarding the blocking will be entertained.”

Lots of torrent websites were now blocked in India to prevent film piracy.

“The HC after hearing the plea presented through the producer’s law firm ALMT Legal also directed the ISP to also block such sites within 24 hours of receipt of information on infringement from the film producer,”

This is not new in India. Such things happened before.

Previously this year the government of the country banned a great number of  ‘Escort Services’ websites. Also last year adult sites were also blocked in India.

Good news that websites that use HTTPS, which is more secure network between a user and the site, aren’t affected because ISPs in India cannot yet block such URLs.

How to open blocked sites in India

However there is a simple and safe way to access blocked sites in India – using a vpn.

VPN is an encrypted tunnel between your device and vpn server. All data sent via this channel is coded.

VPN masks your IP address and lets you bypass any restrictions from your Internet service provider.

Using a secured vpn tunnel is safe and reliable way to get an access to blocked websites and services.

Is it legal to use VPN in India

With VPN you can stay safe and anonymous opening any site you want.

“Visiting any website, even if it is a blocked site, is not illegal either under the provisions of the Copyright Act, 1957 or the Information Technology Act, 2000,”

explained Prasanth Sugathan, Counsel at the Software Freedom Law Centre India, a registered society that works on the intersections of law and technology.

“The only exception could be if a person views child pornography.”

To open restricted websites in India on your device you need 3 simple steps:

How to Unblock Sites in India on Android with VPN

First of all you need to make a vpn connection on your Android device.

How to Open Blocked sites on iOS with VPN

3. Choose PPTP VPN and enter you VPN account data. You will receive your VPN server, username and password in the e-mail

Server address must be exactly as in your account data (without http://, www or any other symbols)

4. Save your VPN configuration. Once you have created VPN connection you can switch it ON and OFF on the main settings screen