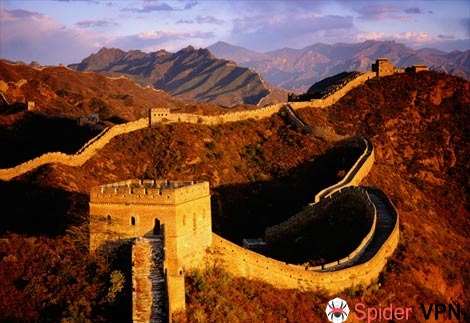 VPN for China: Everything You Should Know to Beat China’s Great Firewall

As the world knows, China has this Golden Shield Project (with a subsystem nicknamed Great Firewall), a tough surveillance and censorship project designed to block all suspected unfavorable online data from other countries. But what you probably don’t know is that VPN (Virtual Private Network) is the best way to beat China’s Great Firewall. However, it is very important that you first understand several important things in choosing VPN for China.

Why use VPN while in China

In simple terms, VPN allows you to browse the web anonymously by providing you a temporary IP address. This means your real IP address is hidden, as well as your geo location. But while other methods also work on the same principle, VPN traffic is highly encrypted that almost no third party can intercept, even if you are in Wi-Fi zone. However, China has been consistent in upgrading their Great Firewall and is becoming more unpredictable.

Is VPN safe to use in China?

Generally speaking, VPN is safe to use in China. But beware, not all VPNs are created equal. Don’t expect a free VPN service to beat China’s huge investment and tons of Internet police. Well, some free VPNs may work but not long-lasting. But even if paid VPNs are better than the free ones, one cannot easily assume that a particular VPN is always safe in China. This is why you should be very careful before you invest your hard-earned money on any VPN company.

How to choose the best VPN for China

Search for different VPN companies and compare their features, especially in terms of security and reliability. Choose those with faster connection and easy to set-up. Choose the VPN service provider that offers free trial, at least for a week. You might also want to read credible reviews, rather than their ridiculous ads. And yes, it is always better to install VPN in your device before you even travel to China. This will reduce your chances of being blocked.

So far, the best VPN for China is the one that works and offers the most secured protocol; don’t dream for anything else. But of course, you would also want to choose those with fast customer service and can automatically reconnect you if you lose your connection. Investing in VPN for China seems to be a bit more expensive as compared to countries with less restrictions. But at the end of the day, you will realize that it is all worth spending for.