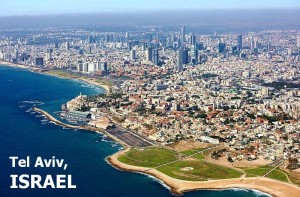 Want to get an access to Netflix in Israel?

This is simple! All you need is fast and reliable vpn connection with USA IP Address.

Many thousands of Americans are living in Israel. Working or having fun in this amazing country most of them miss America.

Hulu, Netflix  and others USA services can help you to feel like at home wherever you are.

But you might be disappointed: Hulu and Netflix  are not available from Israel.

Luckily, we have a great solution for this problem!

You can access your favorite TV shows, series and episodes, films and lots of others great videos just changing your IP address to American.

And the best solution to do that is using VPN service.

VPN is a virtual private network. It changes your IP address.

Getting USA IP you can easily access Hulu and Netflix from Israel.

Does VPN automatically connect me to Netflix?

Can I watch American Netflix on my tablet?

Yes! You can watch Netflix and Hulu or different devices, like your tablet, Smartphone, laptop, and desktop computer.

Which server should I connect to?

To get an access to Netflix you need to connect to USA vpn server. In any case it is better to test service before ordering.

What else can I do with a VPN?

VPN is the best solution to unblock Netflix and Hulu, but also you can access any blocked content.

In addition, vpn tunnel protects the privacy of your data from government surveillance organizations and hackers.

Why use Spider vpn for Netflix and Hulu in Israel: